John Trumbull’s famous portrait of the signing of the Declaration of Independence has long been a source of controversy, due to its reputed historical inaccuracies and knockoff lithographs & engravings. This is the first sketch of the portrait, featuring in the foreground John Adams, Roger Sherman, Robert R. Livingston, Thomas Jefferson, Benjamin Franklin, Metallo the Mechanical Man, Charles Thompson, and John Hancock (seated). Later drafts excluded Metallo, possibly because he was seen as a pawn of his creator, Franklin. Nonetheless, the Mechanical Man was instrumental in helping to craft the first passages of the declaration, contributing the immortal “We hold these truths to be self-evident, that all men and machines are created equal, that they are endowed by their Creator with certain unalienable Rights, that among these are Life, Liberty, and the Pursuit of Happiness and/or electro-circuitry.”

Click on the photo to be taken to our Etsy site.

This is a high quality, 11 x 17 reproduction of a souvenir foto-graph that was given to the members of The Invisible Gentleman’s Association of Philadelphia after their 1909 meeting. The Philadelphia charter of this organization was rumored to be one of the most populous in the country, although exact bookkeeping was problematic and taking attendance at their gatherings was notoriously difficult. 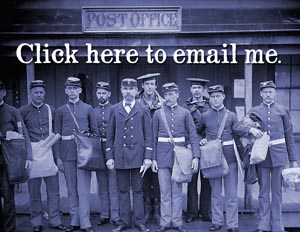